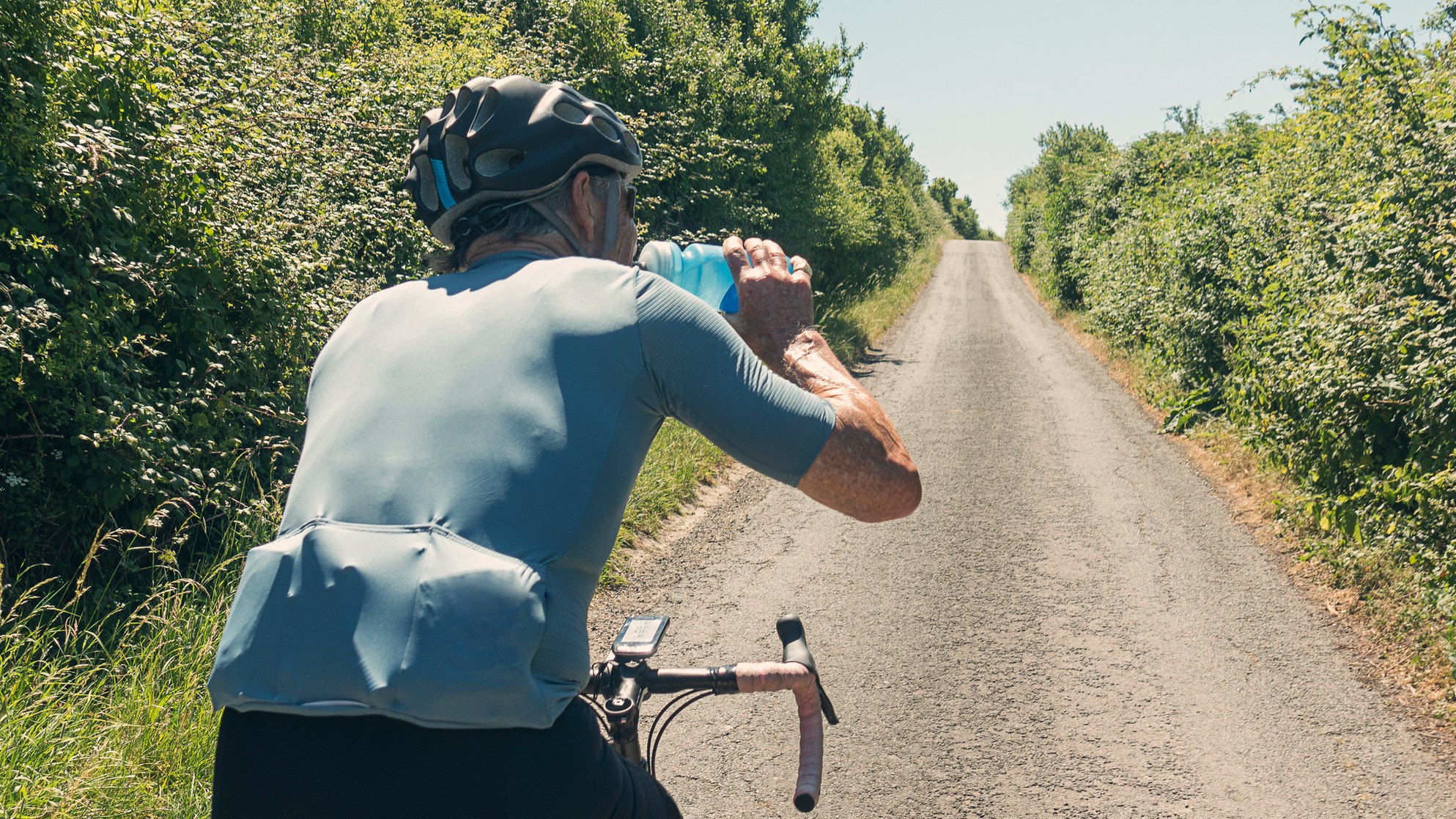 When a powerful thirst strikes after you’ve undertaken an especially energetic activity, the natural response is to reach for a glass of water. And that’s not a bad idea at all – no-one’s going to criticise you for drinking water – but sometimes your body needs more than H₂O alone. Sometimes, your body needs electrolytes.

Fortunately, electrolytes are not especially hard to come by – they’re in your diet for one and you’ll find them added to the best sports drinks (along with a boatload of carbs), but there are also electrolyte drinks which forgo the carbs and are better for hydration. For all the info on what electrolytes do and when you should consider replenishing them after exercise, Coach spoke to Andy Blow, sports scientist and founder of Precision Hydration (opens in new tab).

What are electrolytes and why do we need them?

Electrolytes are charged ions that fulfil a whole raft of different functions in the body. The key things they’re involved in are things like muscle contraction and relaxation, maintaining fluid balance, and nerve impulse transmission.

They’re critical, and your body is fighting the whole time to keep the levels in a relatively narrow range where it functions well. Exercise can throw those levels out, particularly because of sweating.

What are the different electrolytes and are some more important than others?

Two of the main ones are sodium and potassium because they have opposing actions around cells. Most of the water in your body is stored in the intracellular compartment inside your cells, and potassium is the major electrolyte in there. In the extracellular fluid around the cells, sodium is the predominant electrolyte. It’s the difference between the charge in the potassium in the cell and the sodium outside the cell that’s responsible for a lot of cellular communication.

They’re often the ones that people talk about when we talk about taking electrolytes. Sometimes magnesium, which plays a role in muscle relaxation, falls into the discussion as well.

Why is it important to think about your electrolytes during exercise?

When you sweat, especially if you sweat often and a lot, there can be a large amount of electrolyte loss. That needs to be compensated for, because you don’t manufacture electrolytes in the body – you consume them.

With athletes, the conversation always returns to sodium loss because that is the big one that you lose in sweat. Potassium is largely locked inside the cells, you lose relatively minor amounts of it in your sweat, whereas you lose sodium in big and variable amounts between people.

Generally, if profuse sweating is the cause of any problems then replacement of sodium and fluid is the prescription. If you’re low on potassium or magnesium, it’s often due to a dietary insufficiency or inability to absorb those things very well, and it’s more likely to be corrected by a supplement or a dietary change. Sodium is the one that, if you’re an athlete and you’re training hard, you want to look for in a sports drink.

Is there a certain intensity or length of exercise that means you need extra electrolytes?

As a really broad generalisation, you might say somewhere between an hour to 90 minutes as a starting point, but it depends on your sweat rate, the environmental conditions and how hard you’re working.

If you were doing a really hard hour of CrossFit in a really hot gym, you might sweat more than you would going out and doing an easy two-hour run. It’s the total sweat loss that matters, and the higher that gets, the more important it becomes.

I would say – almost for sure – that no one’s going to sweat out enough to cause a massive electrolyte disturbance in less than an hour.

Do some people lose more electrolytes in their sweat than others?

It varies hugely between people. Low sodium loss would be 200 milligrammes per litre of sweat and really high would be 2,000. The level of salt you lose in your sweat is fairly genetically determined.

How can you tell if you’re someone who loses a lot of sodium in your sweat?

If you’re someone who loses a lot more, you’ll probably see and feel salt stains or crusts on your clothing or face when you’re training hard, especially in the heat. You also probably don’t like training in the heat very much because it does make you feel a bit crappy. You might get cravings for salt, it might sting in your eyes or if you get a cut, your sweat will sting.

You might also suffer with low blood pressure from time to time, especially post-exercise, because sodium keeps your blood volume up. As you put more sodium into the blood, your body puts more fluid into the blood plasma to dilute it down and that keeps your blood pressure up. So if you lose lots of salt in your sweat quite often there’s a contraction of your blood volume, and that leads to that lightheaded dizziness you feel when you stand up quickly after you’ve been exercising.

What kind of symptoms can suggest you’re low in electrolytes?

The symptoms of electrolyte imbalance can be fairly subtle to begin with, especially if the levels aren’t out by all that much, and they’re many and varied. First look out for twitching muscles and cramps, because electrolytes are involved in muscular contraction and relaxation, and imbalances in both sodium and magnesium seem to be implicated in people getting twitchy muscles or muscle cramps. Another sign is if you are unduly fatigued and lethargic, and sometimes if your fluid balance is out of whack that can cause headaches.

But in general, it would be feeling out of sorts, but not necessarily able to put your finger on it. It’s not one of those things where there are always clear-cut symptoms, and quite often people find out that they have electrolyte imbalances, which could have been going on for a long time, by having a blood test for a general check-up.

With athletes, the one that tends to get out of whack is sodium because that’s the predominant electrolyte in your sweat. And if you get a short-term, acute sodium imbalance through losing a lot of sweat through exercise, the symptoms might be a lot more severe than someone who’s become a little bit depleted over a number of days or weeks.

How are electrolyte drinks different from sports drinks?

Sports drinks like Lucozade and Gatorade are the jack of all trades. They replace the three things that you lose when you’re exercising: fluids, carbs and electrolytes (sodium, predominantly). They replace a bit of each. If they’re biased towards anything it’s the delivery of carbohydrates rather than fluids and salts, so they tend to work well when energy demand is really high. For team sports that require intermittent sprints – playing 60 or 90 minutes of football, for instance – they’re a decent way of getting a little bit of everything back in your system. Those drinks are called isotonic drinks, because they’re a similar thickness and similar osmolality to your blood.

Hypotonic drinks are thinner than your blood, lower-calorie and higher in electrolytes and they’re the best thing for hydration because they’re absorbed a lot more quickly. Carbohydrate has quite a lot of mass to it, so if you reduce the carbohydrate content but keep or increase the electrolyte content, then you’ve got a hypotonic drink. They often come either in a tablet form or in a little packet. People will know medical brands like Dioralyte, which rehydrate you if you’ve got sickness and diarrhoea, but they share quite a few characteristics with a good hypotonic sports drink.

Hypertonic drinks go the other way with a much higher carbohydrate content. They’re for when you want to deliver energy as the priority and fluid is less important. A hypertonic drink is thicker than your blood, which means that it’s not as easily absorbed in the gut, but it does deliver a very intense hit of energy. The classic one that athletes use is not really a sports drink – it’s flat Coke.