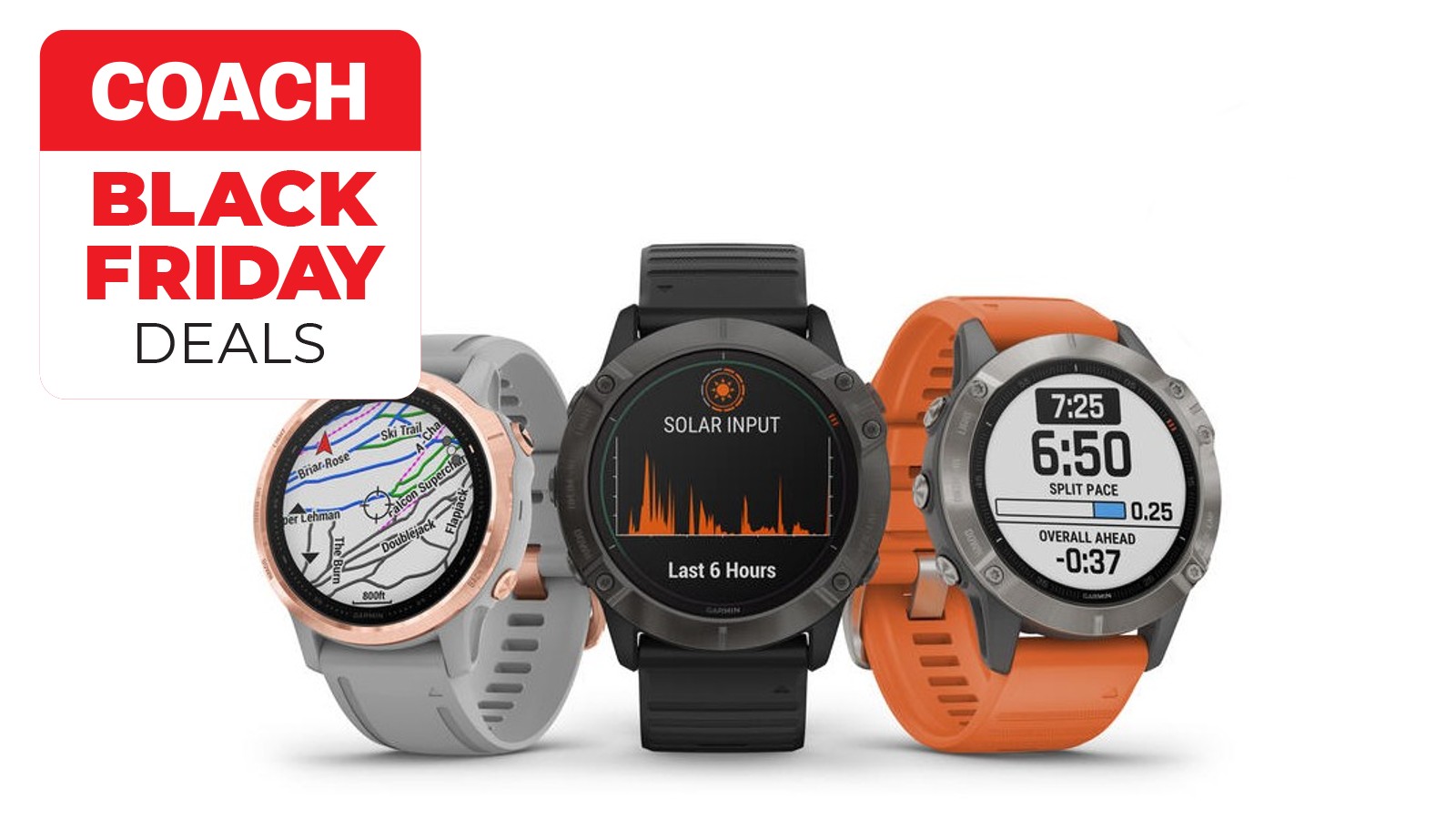 This is the first Black Friday since the launch of the Garmin Fenix 7 range in early 2022, so the Fenix 6 range is in line for significant discounts. Shop around and you’ll find savings on all models in the Fenix 6 range, making it tempting to pick up the older watch rather than the latest edition, even over some of the other great Black Friday Garmin deals.

US Black Friday Deals On The Garmin Fenix 6

One key area where the Fenix 7 improved on the 6 is GPS accuracy. The sapphire models in the Fenix 7 range all have multi-band GPS and are among the most accurate watches on the market, while even the cheaper Fenix 7 watches have all-systems-on GPS tracking, which did prove an upgrade on the accuracy of the Fenix 6 range in my testing.

Battery life has also been extended across the Fenix 7 range compared with the 6 (our extensive Garmin Fenix 6 vs Fenix 7 comparison goes into much greater detail on battery performance), and the newer watch also still benefits from software upgrades, which has seen new features like training readiness and native running power measurements brought to the watch since its release.

There’s no doubt the Fenix 7 is a better watch than the 6 on several fronts, but there is still a case to be made for grabbing a deal on a Pro version of the older watch. The Pro models all have music storage and maps, as well as extensive training analysis features and excellent sports tracking. We would say it’s worth getting a Pro model of the Fenix 6 through, since the non-Pro versions don’t have music and maps.

While the GPS accuracy on the Fenix 6 Pro can be spotty, I still used it to train for several marathons happily enough, and I got seven to 10 days of battery life from the watch even when running around 100km a week.

It’s a shame to miss out on a great feature like training readiness, which rates the condition of your body each day and advises how hard you should train, but not every runner will use it that much. Whereas the mapping and music features are something most Fenix buyers will use, and they’re pretty much the same on both the Fenix 6 and 7.

If you go in with your eyes open to the fact that the Fenix 6 is unlikely to get any new software features from Garmin in the future, and that the GPS accuracy isn’t always perfect, there’s no reason not to grab a great deal this Black Friday. If you can’t live without the new features, then note there are some Fenix 7 deals to look at, including $100 off the Fenix 7 in the Garmin US sale (opens in new tab).