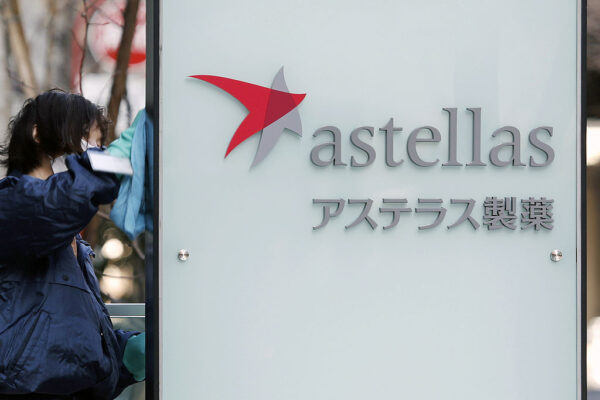 Astellas sees gene therapy as a key part of its growth and it has been mapping out a strategy in this emerging therapeutic field even amid setbacks to its programs. Its two most advanced gene therapy candidates were under clinical holds for much of last year. A review of preclinical data led to the termination of three other gene therapies for a rare muscular disorder.

There are signs of progress, however. The FDA last week lifted the hold on one of those paused programs, a potential gene therapy for the enzyme deficiency Pompe disease. The company has also become an active dealmaker as it adds gene therapy candidates and brings various gene therapy technologies into the fold.

“We aspire to have this end to end gene therapy capacity: research, manufacturing, development, commercialization,” said Richard Wilson, Astellas’s senior vice president of genetic regulation, who came to the Tokyo-based company via its $3 billion acquisition of Audentes Therapeutics.

Astellas has gene therapy candidates spanning various stages of development. It also owns a manufacturing facility to support their clinical development. To achieve commercialization, the company must navigate through its clinical trial setbacks.

Last June, the FDA placed a clinical hold on the Phase 1/2 test of the Pompe gene therapy, AT845, following the report of a complication, peripheral sensory neuropathy, in one patient. Though the site investigator classified the adverse event as mild in severity, the complication sparked FDA questions. Wilson said Astellas’s search for the cause of the neuropathy included a workup of the product characteristics, the dose levels of the gene therapy, and the patient’s background. Based on the rigor of that research, Wilson said the FDA was comfortable lifting the hold.

“To cut to the chase, we didn’t pin [the complication] down to one specific point,” Wilson said. “Importantly, that means we didn’t identify a smoking gun in the program. That’s why we feel comfortable moving forward here.”

Astellas’s trial holds are not outliers. Many biotech companies have had gene therapy clinical research temporarily halted as complications arise and the FDA asks questions. In some cases, the agency presses pause on a study even before it starts. Wilson said these challenges are part of developing a brand new type of therapy. These stoppages are not suggestive that these therapies are intrinsically unsafe, but they are part of moving medicine into new frontiers, he said.

Astellas is still working through a separate clinical hold for AT132, a gene therapy candidate for the rare neuromuscular disorder X-linked myotubular myopathy. Two patient deaths in 2020 led to a clinical hold, which was followed by the report of a third patient death in the study. All three had pre-existing hepatobiliary disease, a condition affecting bile ducts, the gallbladder, and the pancreas. The trial was cleared to resume, but a fourth death reported in 2021 led to another clinical hold.

Wilson said Astellas’s inquiry into the patient deaths in this study is ongoing. One hypothesis is an underlying cholestatic syndrome—a liver disease. This disease could lead to liver toxicity, Wilson said. The company has run tests in animals to try and spot the problem. But Wilson said there is no signal of these complications in any preclinical model. Astellas has also been continuing to optimize the gene therapy product itself. Such chemistry and manufacturing changes can take several months to a year to get the FDA O.K., Wilson said. The company also needs to work out with the agency what protocol changes would be needed for the clinical trial to restart. Those changes would include minimizing the chance of enrolling a patient that could be susceptible to the liver complication.

Myotubular myopathy has a hepatobiliary component that was not clear until Astellas started researching the patient deaths, Wilson said. He added that Astellas has been talking with other gene therapy developers to try to learn from them. Wilson clarified that this approach does not mean there’s an open door to data sharing. But companies can talk about certain things under confidential agreements. Gene therapy research is a small field and everyone knows everyone, he explained. Whenever one company encounters an issue, the others are naturally curious whether that problem points to something to look for in their respective clinical studies.

“We feel really strongly, as we look at these new modalities, we’re going to have to collaborate more, especially in some of these rare diseases where there is so little data,” Wilson said.

The delays to the Pompe and myotubular myopathy programs led Astellas to think about broadening its approach to gene therapy, Wilson said. The company aspires to have a pipeline of products in three core areas: neuromuscular, central nervous system (CNS) disorders, and ophthalmology. In November, Astellas struck a deal with Taysha Gene Therapies, paying $50 million for an equity stake in the biotech and the option to license two CNS gene therapies, one for giant axonal neuropathy and the other for Rett syndrome.

Astellas followed the Taysha deal with a research collaboration with Dyno Therapeutics, a startup that uses artificial intelligence to discover novel capsids, the protein shells that envelop a genetic payload and deliver it to its cellular destination. Astellas paid its new partner $18 million up front. The therapeutic areas of the alliance were not specified, but Cambridge, Massachusetts-based Dyno could earn up to $1.6 billion in milestone and royalty payments.

Earlier this month, Astellas struck another deal, this time licensing a bacteria-derived protease from Selecta Biosciences. This enzyme offers the potential to neutralize pre-existing antibodies against the engineered viruses and the capsids used to deliver a gene therapy. By neutralizing these antibodies, the in-licensed Selecta technology, called Xork, could make more patients eligible for clinical trials. The company plans to use the technology in combination with its experimental Pompe disease gene therapy. Wilson said Astellas isn’t finished striking deals that could bring new capabilities, but the company won’t tip its hand about next potential moves.